In their solemn corner, the players
govern the lingering pieces. The chessboard
delays them until daybreak in its severe
sphere in which colors are hateful.
Inside they radiate magical severity
the forms: Homeric tower, light
horse, armed queen, last king,
oblique bishop and attacking pawns.
When the players will have gone,
when time will have consumed them,
certainly the ritual will have not ceased.
In the Orient this war was lit
which amphitheater is today all the earth.
As the other, this game is infinite.
Fainting king, slanting bishop, fierce
queen, straightforward tower and cunning pawn
on the black and white path
searching and fighting their armed battle.
They ignore the player’s pointing hand
governs his destiny,
they ignore that a tamed severity
holds his will and day.
The player is himself a prisoner
(the sentence is Omar’s) of another board
of dark nights and light days.
God moves the player, and he, the chess piece.
Which God behind God begins the conspiracy
of dust and time and dream and agony?
Αναρτήθηκε από Deadman Walking στις 9:33 μ.μ. 1 σχόλιο: 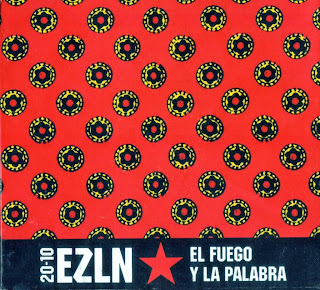 The Naming of Cats is a difficult matter,
It isn't just one of your holiday games;
You may think at first I'm as mad as a hatter
When I tell you, a cat must have THREE DIFFERENT NAMES.
First of all, there's the name that the family use daily,
Such as Peter, Augustus, Alonzo or James,
Such as Victor or Jonathan, or George or Bill Bailey -
All of them sensible everyday names.
There are fancier names if you think they sound sweeter,
Some for the gentlemen, some for the dames:
Such as Plato, Admetus, Electra, Demeter -
But all of them sensible everyday names.
But I tell you, a cat needs a name that's particular,
A name that's peculiar, and more dignified,
Else how can he keep up his tail perpendicular,
Or spread out his whiskers, or cherish his pride?
Of names of this kind, I can give you a quorum,
Such as Munkustrap, Quaxo, or Coricopat,
Such as Bombalurina, or else Jellylorum -
Names that never belong to more than one cat.
But above and beyond there's still one name left over,
And that is the name that you never will guess;
The name that no human research can discover -
But THE CAT HIMSELF KNOWS, and will never confess.
When you notice a cat in profound meditation,
The reason, I tell you, is always the same:
His mind is engaged in a rapt contemplation
Of the thought, of the thought, of the thought of his name:
His ineffable effable
Effanineffable
Deep and inscrutable singular Name.
Αναρτήθηκε από Deadman Walking στις 2:29 μ.μ. Δεν υπάρχουν σχόλια:

Come to play...
I will give you my queen
She was once my dear
Now I don't have a dear

Come to play...
This king was never mine
and these soldiers, I want them for what!
They go ahead without dreams

Come to play...
and shall this game have no end. Today we are burying our own poor man;
our poor poor man.

He was always so badly off
that this is the first time
his person is personified.

For he had neither house nor land,
nor alphabet nor sheets,
nor roast meat,
and so from one place to another, on the roads,
he went, dying from lack of life,
dying little by little—
that was the way of it from his birth.

Luckily (and strangely) they were all of the same mind,
from the bishop to the judge,
in assuring him of his share of heaven;
and dead now, properly dead, our own poor man,
oh, our poor poor man,
he will not know what to do with so much sky.
Can he plow it or sow it or harvest it?

He did that always; cruelly
he struggled with raw land,
and now the sky lies easy to his plow,
and later, among the fruits of heaven,
he will have his share, and at his table,
at such a height, everything is set
for him to eat his fill of heaven,
our poor man, who brings, as his fortune,
from below, some sixty years of hunger
to be satisfied, finally, as is just and proper,
with no more batterings from life,
without being victimized for eating;
safe as houses in his box under the ground,
now he no longer moves to protect himself,
now he will not struggle over wages.
He never hoped for such justice, did this man.
Suddenly they have filled his cup, and it cheers him;
now he has fallen dumb with happiness.

How heavy is he now, the poor poor man!
He was a bag of bones, with black eyes,
and now we know, by the weight of him alone,
the oh so many things he always lacked,
for if this strength had gone on and on,
digging up raw land, combing out stones,
harvesting wheat, soaking clay,
grinding down sulfur, lugging firewood,
if this so weighty man did not have shoes,
oh, misery, if this whole separate man
of tendon and muscle didn't ever have
justice in life, and all men beat him,
all men did him down, and even so
he went on laboring away, now, lifting him up,
in his coffin, on our shoulders,
now at least we know how much life he didn't have,
that we did not help him in his life on earth.

Now it dawns on us we are taking on
all that we never gave him, and now it is late;
he weighs on us, and we cannot take his weight.

How many people does our dead one weigh?

He weighs as much as this world does, and we go on
taking this dead one on our shoulders. It's clear
that heaven must abound in bread baking.
Αναρτήθηκε από Deadman Walking στις 9:59 π.μ. 1 σχόλιο:

The days of our future stand in front of us
like a row of little lit candles --
golden, warm, and lively little candles.

The days past remain behind us,
a mournful line of extinguished candles;
the ones nearest are still smoking,
cold candles, melted, and bent.

I do not want to look at them; their form saddens me,
and it saddens me to recall their first light.
I look ahead at my lit candles.

I too shall stay with you in the boat
After the dreadful shipwreck and the loss
The ship is now sinking far away
(Where have the other boats gone, who were saved?)
At some time or other we shall find a reef
A deserted island as in books
There we shall build our houses
Around the great square
And a church in the center.
In the highest place of all weʹll hang
The photograph of our lost captain
And lower down that of the second mate
And lower still that of the third.
Weʹll exchange our women and make many children
And then weʹll caulk a large vessel
A new one, brand new, and launch it into the sea.

Itʹs only that our children will not resemble us.
Αναρτήθηκε από Deadman Walking στις 2:22 μ.μ. Δεν υπάρχουν σχόλια:

William Blake - What is the price of experience?

What is the price of experience?
Do men buy it for a song?
Or wisdom for a dance in the street?

No, it is bought with the price
Of all a man hath, his house, his wife, his children.
Wisdom is sold in the desolate market
where none come to buy,
And in the wither'd field
where the farmer plows for bread in vain.

To listen to the hungry raven's cry in wintry season
When the red blood is fill'd with wine
and with the marrow of lambs.
It is an easy thing to laugh at wrathful elements,
To hear the dog howl at the wintry door,
the ox in the slaughterhouse moan;
To see a god on every wind and a blessing on every blast;

To hear sounds of love in the thunder-storm
that destroys our enemies' house;
To rejoice in the blight that covers his field,
and the sickness that cuts off his children

While our olive and vine sing and laugh round our door,
and our children bring fruits and flowers.

Then the groan and the dolour are quite forgotten,
and the slave grinding at the mill,
And the captive in chains, and the poor in the prison,
and the soldier in the field
When the shatter'd bone hath laid him groaning
among the happier dead.

It is an easy thing to rejoice in the tents of prosperity:
Thus could I sing and thus rejoice:
but it is not so with me.
Αναρτήθηκε από Deadman Walking στις 11:30 μ.μ. Δεν υπάρχουν σχόλια:

All wore black ties
Rehearsed broken-hearted postures before their mirrors
The first lamentations began to be heard. the grievous laudations.

But the dead man would not die on the appointed hour.

Finally the hours dragged into days
Those dreadful days of waiting
His friends began to protest
Closed their offices, stopped all payments
Their children wandered in the streets like outcasts.
They watched flowers withering.

But the dead man would not die on the appointed hour.

(So many many things never foreseen
So many incalculable consequences, so many sacrifices,
To what responsible person can you protest, where can you shout?)

And the dead man would not die on the appointed hour.
Αναρτήθηκε από Deadman Walking στις 11:11 π.μ. Δεν υπάρχουν σχόλια:

I've been hanging around, waiting for my chance
to tell you what I think about the music that's gone down
to which you madly danced - frankly, you know that it stinks.
I'm gonna scream, gonna shout, gonna play my guitar
until your body's rigid and you see stars.
Look at all the jerks in their tinsel glitter suits.
pansying around; look at all the nerks
in their leather platform boots, making with the heavy sound...
I'm gonna stamp on the stardust and scream till I'm ill -
if the guitar don't get ya, the drums will.

Now's my big break - let me up on the stage,
I'll show you what it's all about; enough of the fake,
bang your feet in a rage, tear down the walls and let us out!
We're more than mere morons, perpetually conned,
so come on everybody, smash the system with the song.

Smash the system with the song!

When you set out on your journey to Ithaca,
pray that the road is long,
full of adventure, full of knowledge.
The Lestrygonians and the Cyclops,
the angry Poseidon -- do not fear them:
You will never find such as these on your path,
if your thoughts remain lofty, if a fine
emotion touches your spirit and your body.
The Lestrygonians and the Cyclops,
the fierce Poseidon you will never encounter,
if you do not carry them within your soul,
if your soul does not set them up before you.
Pray that the road is long.
That the summer mornings are many, when,
with such pleasure, with such joy
you will enter ports seen for the first time;
stop at Phoenician markets,
and purchase fine merchandise,
mother-of-pearl and coral, amber and ebony,
and sensual perfumes of all kinds,
as many sensual perfumes as you can;
visit many Egyptian cities,
to learn and learn from scholars.
Always keep Ithaca in your mind.
To arrive there is your ultimate goal.
But do not hurry the voyage at all.
It is better to let it last for many years;
and to anchor at the island when you are old,
rich with all you have gained on the way,
not expecting that Ithaca will offer you riches.
Ithaca has given you the beautiful voyage.
Without her you would have never set out on the road.
She has nothing more to give you.
And if you find her poor, Ithaca has not deceived you.
Wise as you have become, with so much experience,
you must already have understood what Ithacas mean.
Αναρτήθηκε από Deadman Walking στις 11:01 π.μ. Δεν υπάρχουν σχόλια: